Character test under section 501 can be used discretionary to refuse a visa application or to cancel a visa.

If a person already failed the character test then any other outstanding criminal matter would not generally prevent visa refusal or cancellation under section 501.

However, if a person who does not already fail the character test and is subject of unresolved or pending criminal charges in Australia, would not generally be considered under section 501 until the charges have been finalised.

If a person is in Australia, and they are facing criminal charges in another country which cannot be resolved without their presence in that country, the conduct that is the subject of the criminal charges may be considered under section 501(6)(c)(i) and/or (ii).

If the applicant does not pass the character test, their visa applicant will be refused under section 501(1).

If the visa holder does not pass the section 501 character test, their visa will be cancelled under section 501(2).

Whether a person is liable for mandatory visa cancellation, “serving a sentence of imprisonment, on a full-time basis” does not include periodic detention or home or residential detention.

A person who has been servicing a full-time sentence and is allowed to participate in a work release scheme, or is allowed home visits is liable for mandatory cancellation.

The mandatory cancellation is only activated when a decision maker makes a finding that they are satisfied that section 501(3A)(a) and (b) are met. Once the decision maker is satisfied, they must cancel the person’s visa.

The intention of mandatory cancellation of those who are in prison is to make sure they do not pose a risk to the safety of the Australian community and they are to remain in either in prison or in immigration detention until that risk has been assessed.

Section 501(6)(1) provides that a person does not pass the character test if they have a substantial criminal record as defined in section 501(7).

A person has a substantial criminal record if:

A person does not pass the character test if convicted of an offence against section 197A.

Under section 501(6)(b), if the Minister reasonably suspects you have been or is a member of a group or organisation, or you have or have had an association with a group, organisation or person which or who has been, or is, involved in criminal conduct, then you do not pass the character test.

(a). a suspicion that a reasonable person could hold in the particular circumstances; and

(b). based on an objective consideration of relevant material.

Belonging to a criminal group or organisation

If you belongs to a group or organisation, the Minister is required to have evidence to establish reasonable suspicion of your membership which depends on the circumstances of the case. The Minister is not required to assess whether you are sympathetic with, supportive of, or involved in the criminal conduct of the group or organisation. It is enough that the Minister has reasonable suspicion that:

(a). you have been, or is a member of a group or organisation; and

(b). the group or organisation has been, or is, involved in criminal conduct.

Associating or associated to a criminal group or organisation

Unlike belonging to a group or organisation, under the association limb of the character test, the Minister is only required to have a reasonable suspicion that you were sympathetic with, supportive of, or involved in the criminal conduct of the person, group or organisation to fail the character test. However, mere knowledge of the criminality of the associate is not, in itself, enough to establish association. The association must have some negative bearing upon your character.

You should note some information concerning association cannot be disclosed if the disclosure might put the life or safety of informants or other people at risk.

Under section 501(6)(ba), you do not pass the character test if the Minister reasonably suspects that you have been, or is involved in, conduct constituting 1 or more of the following:

(c).      genocide, a crime against humanity, a war crime, a crime involving torture or slavery  or a crime of serious international concern.

You should note that you can fail this limb of the character test even if you have not been convicted of an offence constituted by the conduct.

Conduct can be both general and criminal at the same time or it may either general or criminal conduct (Wong v Minister for Immigration and Multicultural Affairs [2002] FCAFC 440 at [33]).

The Minister can consider that you are not a person of good character when all the relevant circumstances of the particular case are taken into account to obtain a complete picture of your character.

What is of good character?

The words “of good character” mean enduring moral qualities reflected in soundness and reliability in moral judgement in the performance of day to day activities and in dealing with fellow citizens. It is not just a matter of repute, fame or standing in the community. The words “of good character” refer to the continuing performance according to moral principle. For example, a person of ill repute because of their past criminal conduct may, on objective examination at a later stage in life, be shown to be a person reformed and now of good character (Godley v MIMIA (2004) 83 ALD 411 at [34]).

Furthermore, before past and present general conduct is taken to reveal indicia that you are not of good character, your continuing conduct must be shown a lack of enduring moral quality (Godley v MIMIA (2004) 83 ALD 411).

What is past and present criminal conduct

Whether you are not of good character because of your past or present criminal conduct, the Minister will take the following into consideration:

(a).      the nature and severity of your criminal conduct;

(b).     the frequency of your offending and whether there is any trend of increasing seriousness;

(d).     any circumstances surrounding the criminal conduct which may explain the conduct, for example, the sentencing judge’s comments, parole reports and other authoritative documents; and

(e).      your conduct since your most recent offence, including:

(i).      the length of time since last criminal offending;

(ii).      any evidence of recidivism or continuing association with criminals;

(iv).     any pattern of continued or blatant disregard or contempt for the law;

(v).      any conduct which may indicate character reform.

What is past and present general conduct

Past and present general conduct refers to situation where convictions may not have been recorded or when your conduct may not have constituted a criminal offence. However, the relevant circumstances of the particular case are to be taken into consideration, including evidence of rehabilitation and any relevant periods of good conduct.

The Minister may consider the following factors to determine whether you are not of good character:

(a).      whether you have been involved in activities indicating contempt or disregard for the law or for human rights. This includes (not unlimited to):

(i). involving in terrorist activity, trafficking or possession of trafficable quantities of proscribed substances, political extremism, extortion, fraud; or

(ii). having a history of serious breaches of immigration law, breach of visa conditions or visa overstay in Australia or in another country; or

(iii). involved in war crimes or crimes against humanity.

(b).      whether you have been removed or deported from Australia or another country

(i). dishonourably discharged; or

In addition, if you are in Australia and charges have been brought against you in another country, and those charges will only be resolved if you return to that country, that conduct may be considered against your overall character.

Risk in regards to future conduct

(a). conduct that could be construed as harassment or intimidation which does not necessary breach an AVO or DVO

(b). conduct that could potentially places children in danger, for example, unwelcome and/o inappropriate approaches through electronic media and other means

(c). conduct that would reasonably cause a person to be severely apprehensive, fearful, alarmed or distressed regarding your behaviour or alleged behaviour towards an individual, or in relation to their property.

(a). would hold or advocate extremist views such as a belief in the use of violence as a legitimate means of political expression

(b). would vilify a part of the community

(c). have a record of encouraging disregard for law and order (for eg, when addressing public rallies)

(d). have engaged or threatens to engage in conduct likely to be incompatible with the smooth operation of a multicultural society (for eg, advocating that particular ethnic groups should adopt certain political, social or religious values outside those generally acceptable, and if adopted or practised, might lead to discord within those groups or between those groups and other segment of the society

(e). participates in, or is active in promoting politically motivated violence or criminal violence and/or is likely to propagate or encourage such action in Australia

(f). likely to provoke civil unrest because of the conjunction of your intended activities and proposed timing of your presence in Australia with those of another person, group or organisation holding opposing views.

You should note that section 501(6)(d)(iii) to (v) is balanced with freedom of expression. The Minister cannot refuse or cancel your visa simply because you hold and are likely to express unpopular opinions unless those opinions may attract strong expressions of community disagreement and condemnation.

Sexually based offences involving a child

Under section 501(6)(e), you will not pass the character test if a court in any country has convicted you of 1 or more sexually bas offences involving a child or found you guilty of such an offence, or found a charge proven, even if you were discharged without conviction or regardless of the level of penalty or orders made in relation to the offence.

What are sexually based offences involving a child?

They include (but not limited to):

(b). indecent dealings with a child

You will not pass the character test if you have in any country been charged with or indicted for 1 or more of the following offence (section 501(6)(f)):

If ASIO has assessed you to be directly or indirectly a risk to security (section 4 of the ASIO Act 1979, then you will not pass the character test (section 501(6)(g)).

Under section 501(6)(h), you will not pass the character test if an Interpol notice in relation to you is in force as this infer that you would present a risk to the Australian community or a segment of that community.

Australian migration law is complex and difficult to understand, contact our immigration lawyer for a consultation (consultation fee applies) regarding the character test under section 501 or click here to learn more about Direction No 90.

Agriculture visa subclass 403 | How to apply 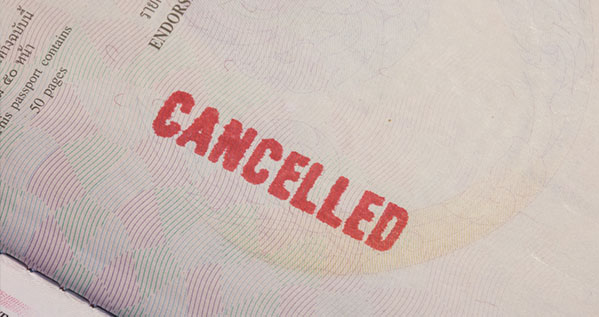